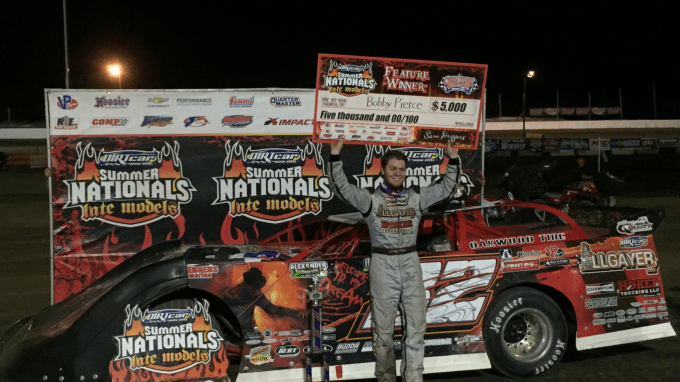 The world was once filled with endurance races. The Paris-to-Dakar Rally, Baja 1000, and even the World 600 was conceived as a way to push drivers and equipment to their limit. Established in 1985, the Hell Tour was another of those tests of stamina. Now, 33 years it is the last event standing.

Dakar has moved to South America because of terrorism in Northern Africa. Baja is a shadow of its former self. And mechanical engineering has turned the World 600 into just another long race on the NASCAR schedule.

In 2018, the DIRTcar Nationals—the less dramatic name for the Hell Tour—will host 28 races in 32 days spanning seven states in the Midwest. Barring rain outs, that means in the space of a month, drivers and teams have four days off to rest and more importantly service their equipment.

This year, the schedule will feature nine $10,000-to-win A-Mains; the smallest payout is $5,000 to the winner, making this one of the most lucrative series in Late Model racing. The champion of the event will pocket another $25,000.

The series kicks off June 13th and Peoria (IL) Speedway with the first $10k race happening two days later at Sycamore (IL) Speedway—followed immediately by another equal payday the next day at the Dirt Oval at Route 66 Raceway. The pristine track in Joliet, IL will host its first Hell Tour race ever. Sycamore is hosting only its second-ever race in the series.

The schedule features a balance of traditional tracks, relative new venues, and some courses that have been missing for several years as the series crisscrosses the region.

The World of Outlaws Late Model Series runs combination events with the Hell Tour in the middle of the schedule. Also $10,000-to-win, the national touring regulars will take on the regional drivers at Terre Haute (IN) Action Track June 29 and Federated Auto Parts Raceway at I-55 in Pevely, MO June 30.

The series concludes with a two-day show in the Buckeye State at Oakshade Raceway in Wauseon, OH July 13-14. The preliminary night will pay $5k with the check being twice as big the next night.