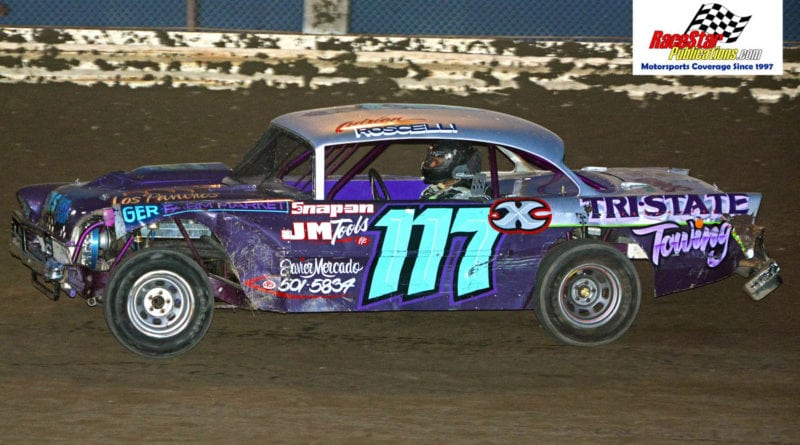 Spoonmore, who started the evening with a four-point lead over Reno Markham for division title honors, scored his third feature win of the season on the dirt.  Spoonmore, from Leland, Ill., held off the late race challenges of Markham to score the win in the 30-lap headliner.  Finishing behind the top two were…